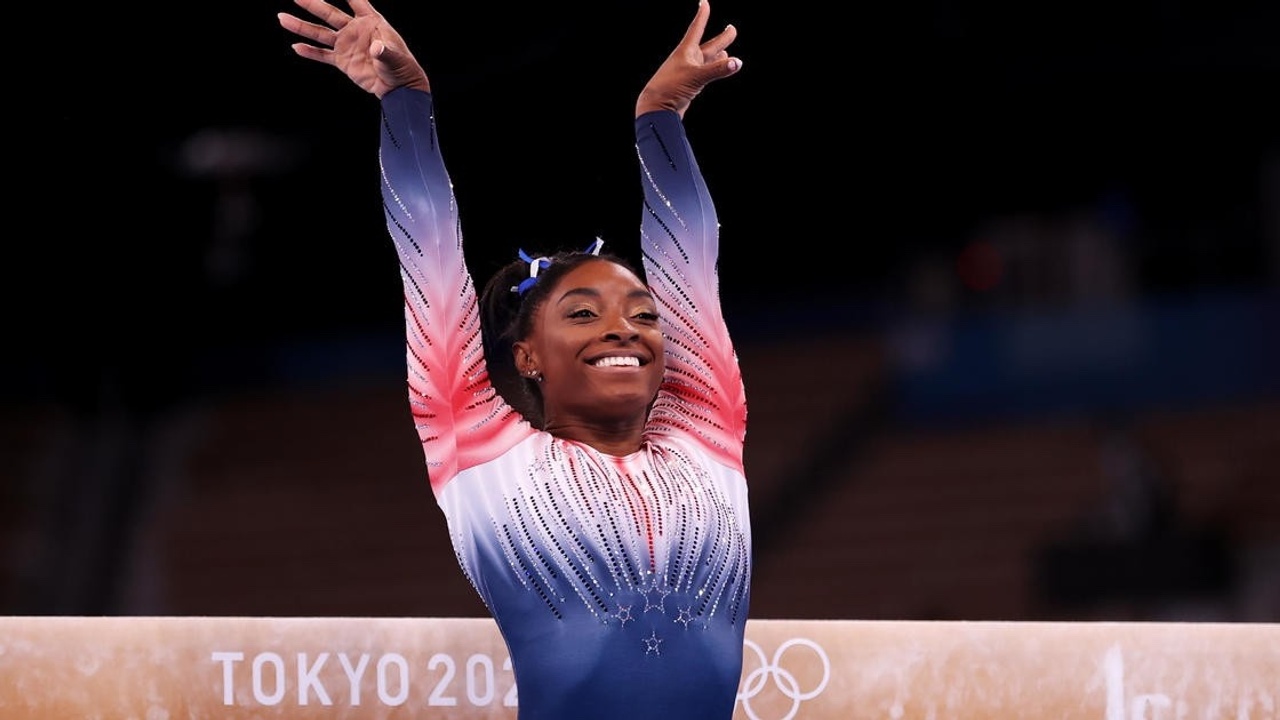 What Simone Biles Has Taught Us About Personal Agency

There are moments in our lives when we are challenged with a situation where we need to make an important decision - and act upon it in short order. Some people call this an inflection point. The moment where our choice could change the trajectory of our lives completely. It could be choosing which college to attend, whom to marry, deciding to divorce, a career change, or speaking out about sexual abuse. Making these decisions can seem daunting and overwhelming to the point where it is difficult to think clearly.

At just 24 years old, and having faced a tremendous amount of adversity in her life, Simone Biles is teaching many of us a valuable lesson. It involves a critical and uniquely human skill that is not talked about enough: personal agency.

Personal Agency, as defined by Dr. Paul Napper and Dr. Anthony Rao in their excellent book: The Power of Agency, is the ability to pause, slow things down, deeply consider, then make a skilled decision. They further explain that agency allows you to step outside of yourself and assess the quality of your thinking and feelings, a concept psychologists call metacognition.

With Michael Phelps and Usain Bolt now retired, after dominating their sports for the past four Summer Olympic games, the eyes of the world and the formidable weight of expectations were all on Simone Biles in Tokyo. In the days leading up to the Olympics, Simone noticed that something was very wrong. As she later shared, her mind and body were not communicating properly with each other. Something that unless you are a gymnast, neurologist, psychologist, or physiologist, none of us are qualified to fully understand. Rather than making a snap judgment, what we can do is listen with kindness, keep an open mind, and consider her prior toughness, impressive body of work, and personal history.

As Simone has stated recently, her decision was to preserve her safety, as she felt continuing could pose serious physical risk – including the potential of being paralyzed. And by withdrawing, initially from the team event, she wanted to give her teammates the best chance possible to win gold.

An important part of agency is the ability to pause, deliberate, and deeply consider. While her decision was made in a short period of time, pulling out of competition could not have been taken lightly. She had to know she would face scrutiny around the world, shock her teammates, her country, Olympic media partners, and her sponsors. And I’m sure the list goes on. In this Olympics, Simone had the opportunity to add to her legend and secure her place among all-time champions: Usain Bolt and Michael Phelps. For financial context, Simone’s current net worth is $6 million. Usain Bolt’s and Michael Phelps’ net worths are $90 million and $80 million, respectively. So while all of her current sponsors have been supportive and remained with her, making the decision to pull out could ultimately end up costing her tens of millions of dollars in future earnings.

As incredible as Bolt and Phelps were, they benefited by sharing the spotlight and the pressure that comes with it during the Olympic games they competed in. And while social media was certainly around, it was not at the intensity nor the vitriol that has compounded over the past few years.

Regarding questions of Simone’s toughness, let’s remember that she has competed with a broken toe and dominated the World Championships while suffering with kidney stones - just to mention a few instances.

Let’s also consider the personal adversity Simone has faced in her life: 1) She and her siblings were placed in and out of the foster care system when their biological mother decided she could no longer care for them, 2) After many years of keeping quiet, Simone opened up and shared that she has Attention Deficit Hyperactivity Disorder, after her medical records were leaked online, and 3) In January 2018, Simone revealed that she had been sexually assaulted for years by Larry Nassar. Simone shared that she could not get out of bed and had thoughts of suicide. She has recently stated that she felt this abuse by the former USA Gymnastics national team doctor created a triggering event for her leading up to and during the Tokyo Olympics.

With all of this considered, how was she able to make this important and pressing decision? First, she drew upon her prior challenges and chose to take charge. This was going to be her decision and one that was the safe and right decision for her. Second, she consulted with someone who was credible and whom she trusted: USA Women’s Gymnastics team physician, Dr. Marcy Faustin of UC Davis. Third, she checked in with her intuition and despite trying to power through, like she had done many times before, her body was communicating to her that something was wrong. Mentally, considering her 10 years of experience at an elite level, she had never felt this level of disorientation before. Fourth, she was able to pause, slow down enough to deliberate, use independent critical thinking, and most importantly, take action.

So amid all of this extreme pressure, intense expectation, and personal history, Simone displayed the strength and presence of mind to independently take control of her life. With everyone tugging on her sleeves, microphones in her face, and with organizations around her that had broken her trust – Simone took it upon herself to pause, deeply consider, clear all the emotions and static in her head, and make a sound, skilled decision. She chose to take charge and take control.

In another exercise of personal agency, and after further consultation with Dr. Faustin, Simone was ultimately cleared for competition and chose to compete in the balance beam final, where she won the bronze medal. After years of choreographing a specific dismount, she altered her routine to protect her safety. And, considering the circumstances, Simone has said this was possibly the most important medal she’s ever won.

As professor, researcher, and thought leader Brene Brown has helped us to understand, there is no courage without vulnerability. Simone could have hidden behind a well-crafted and manufactured injury. Yet she was transparent and forthright with her thoughts as well as articulating the rationale behind her decision - which had to be uncomfortable. But we know growth comes with discomfort.

So how does this affect our lives? In almost every way possible. We exist in an insanely fast-paced and distraction-filled world. Our heads are filled with static and rumination thanks to our love-hate relationship with technology as well as the overall pressures and pace of modern life. As psychologists and mindfulness experts have cited, the large majority of our thoughts are consumed by ruminating about the past or obsessing over the future. Not nearly enough of our time is dedicated to being mindful while living and experiencing things in the moment. And this impacts our ability to exercise personal agency. In life, we know how important it is to understand what we can and cannot control. Exercising our personal agency is absolutely something we can control. Agency is a word we need to use more often. It’s a mindset to live by and a skill we can cultivate.

Many of us were looking forward to experiencing and talking about the greatness of Simone Biles during these Olympic games. And I believe we still did. Just not in the way we anticipated. Rather than several days of a few “shining moments”, Simone Biles has given us perhaps the gift of a lifetime. The gift of personal agency.

Peter Russell is Founder & CEO of Kindling - a video based, online mentorship platform that empowers young adults to thrive, personally and professionally.

The Fourth pillar: Stand Out in Interviews